So often I read something and it hits me so personally - it was like it was written specifically for me. I thank God for those times, and ask for His wisdom to apply what I learn to my life.

From the book titled Prayers by Michel Quoist, and translated by Agnes M. Forsyth and Anne Marie de Commaille:

Man is alone since he is unique, but he is made for communion.Sin divides and isolates us. We must grow closer, share the burden of each other's sins - and atone for them - to overcome the obstacle to our oneness. Solitude causes suffering; it is not part of the Father's plan. Redemptive love alone can conquer it and cement our unity.

A man was on his way from Jerusalem down to Jericho when he fell in with robbers, who stripped him, beat him, and went off leaving him half dead. It so happened that a priest was going down by the same road; but when he saw him, he went past on the other side. So too a Levite came to the place, and when he saw him went past on the other side. but a Samaritan who was making the journey cam upon him, and when he saw him was moved with pity. He went up and bandaged his wounds, bathing them with oil and wine. then he lifted him on to his own breast, brought him to an inn, and looked after him there. Next day he produced two silver pieces and gave them to the innkeeper, and said, 'Look after him; and if you spend any more, I will repay you on my way back.' (Luke X, 30-35)


I know his secret.
His weighty secret.
How, Lord, can it be carried by this big boy with the childish face grown old too soon?

I wanted him to tell it to me.
to give it to me to bear with him.
For long months now I have been stretching my hand towards this young, crushed brother.
Eagerly he seizes that hand, caresses it, kisses it . . . but over the gulf that separates us.
When I want gently to draw him closer, he backs away, for in his other hand he carries his secret, too heavy for him to hand to me.
Lord, he hurts me.
I look at him from a distance, and cannot get near him.
He looks at me and cannot come closer.

We both suffer.
He suffers the more, and I can hardly bear it, for my love is too limited. Lord: each time that I try to span his solitude, my bridge is too short and does not touch his shore.
And I see him, on the edge of his suffering, hesitating, getting set, but drawing back again in desperation, for the distance is too great and the burden is too heavy.
Yesterday, Lord, he leaned towards me, said a word - then took it back; his whole body quivered with the weight of the secret which approached his lips but rolled back again to the depths of his solitude.
He did not cry, but I wiped off the drops of perspiration beading his forehead.
I cannot take his burden from him; he must give it to me.
I see it, and I cannot grasp it.
You do not want me to take it, Lord, since he does not want that.
I have not right to violate his suffering.

I am thinking tonight, Lord, of all the isolated ones,
Of all those who are alone, terribly alone,
Because they have never let go and been carried by anyone,
Because they have never given themselves to you, Lord.
Those who know something that others will never know;
Those who suffer from a sore that no one can ever tend.
Those who bleed from a wound that no one will ever heal;
Those who are scarred by a terrible blow that no one will ever suspect;
Those who have, locked in the terrifying silence of their hearts, a harvest of humiliations, despairs, hatreds,
Those who have hidden a mortal sin - cold sepulchres behind cheerful facades.

The solitude of man frightens me, Lord;
Every man is alone, since his is unique,
And that solitude is sacred; he alone can break through it, confide and share confidences.
He alone can pass from solitude to communion.
And you want this communion, Lord. you want us to be united with one another,
In spite of the deep gulf that we have dug between us by sin,
You want us to be united as your Father and you are united.

Help me to withdraw so as to embarrass no one,
That others may come in without asking,
that they may deposit their burdens without being seen.
And I'll come, silently, to get them by night
And you, Lord, will help me to bear them." 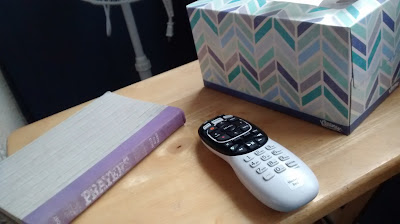